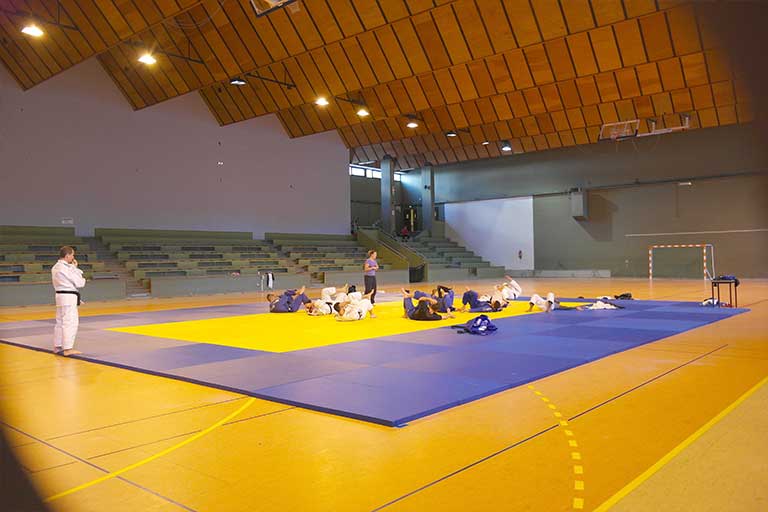 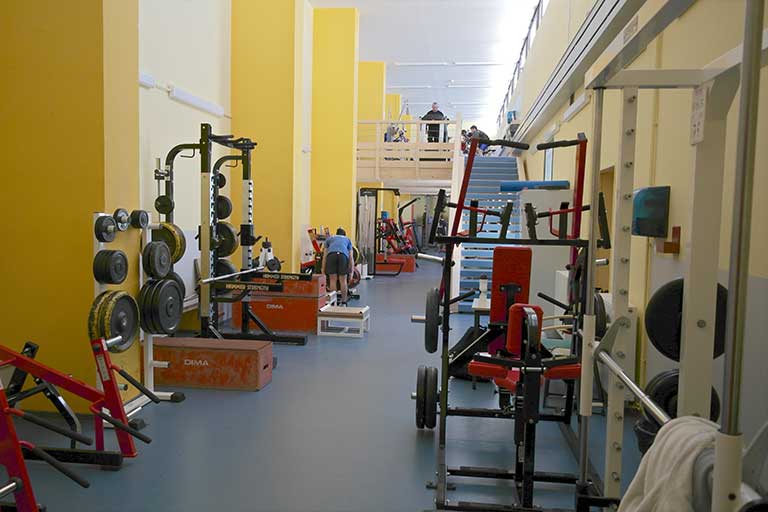 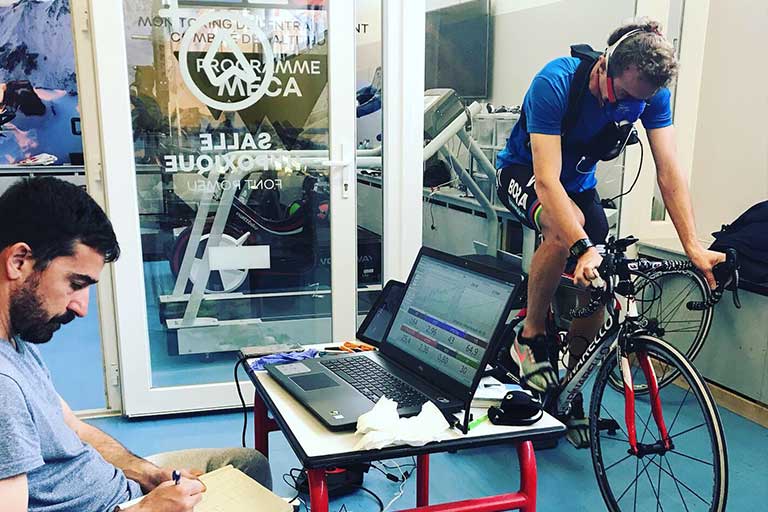 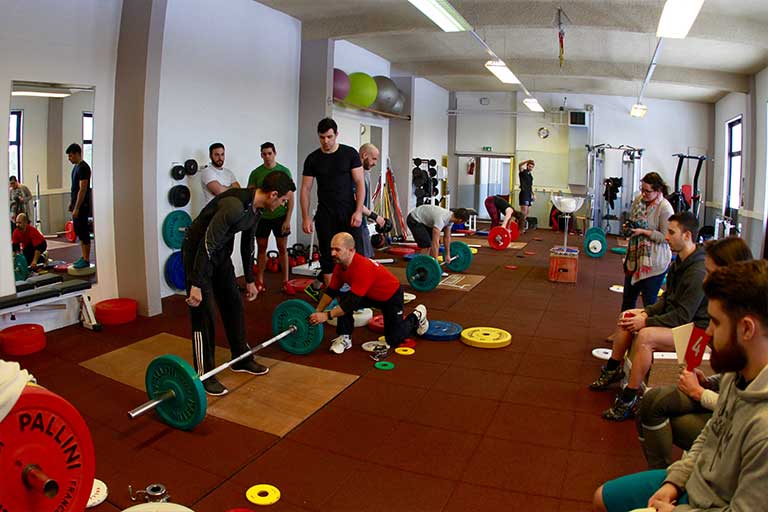 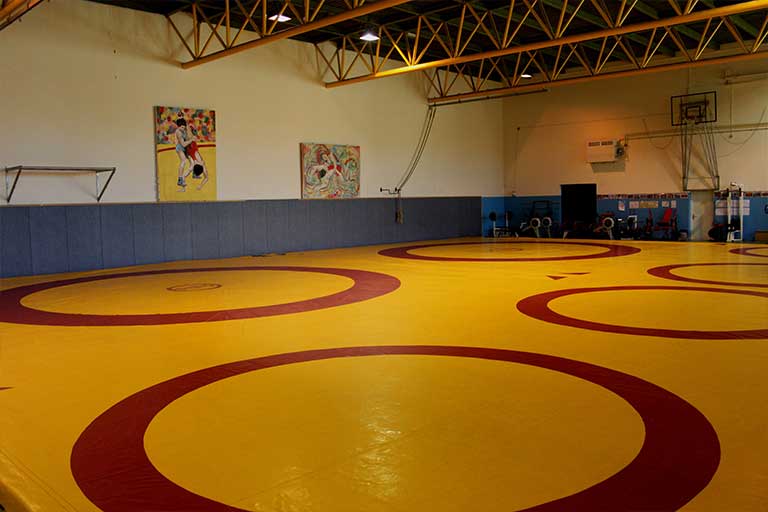 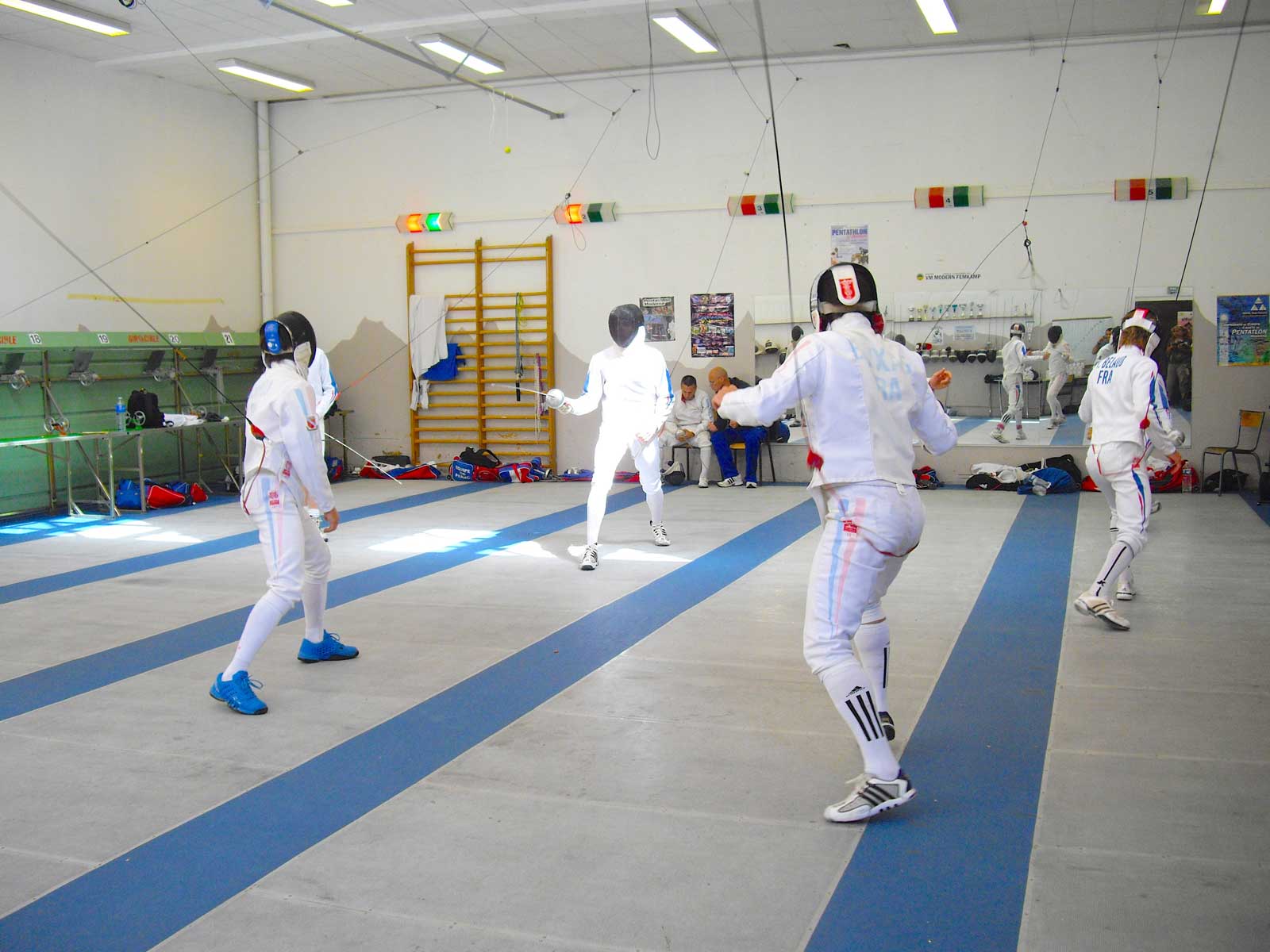 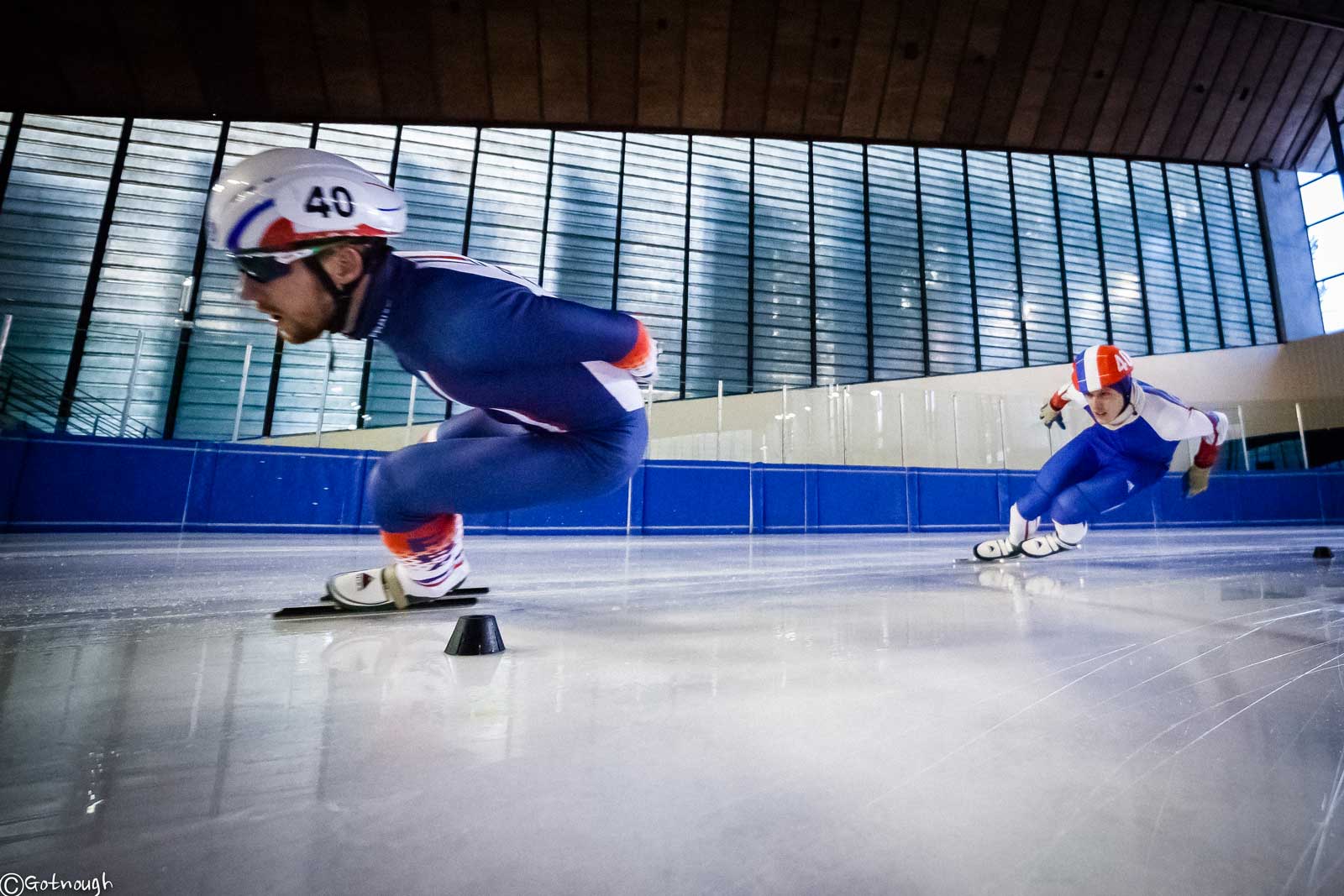 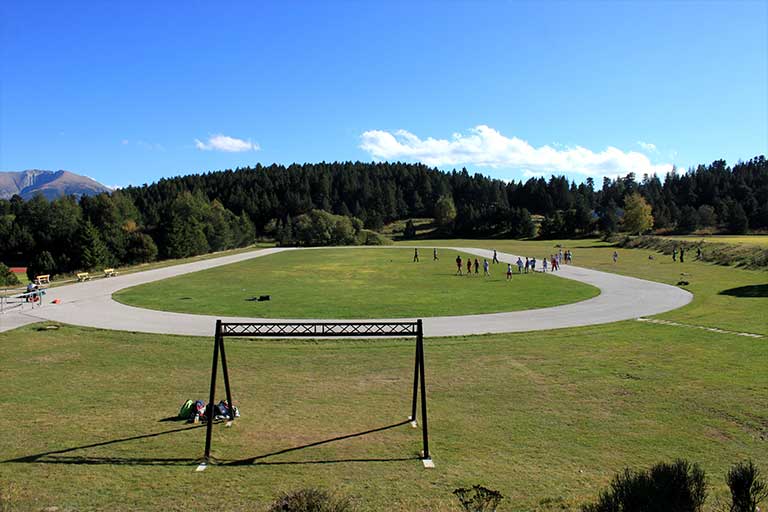 Close to the CNEA stadiums, the “Marin FOURCADE” track, managed by the Community of the Catalan Pyrenees, stretches in the forest for 2.2 km but can reach 3.5 km with loops with varied profiles. Throughout summer and winter, this track is frequented used by many French and foreign teams. Unique in France, athletes use it as well for roller-ski training, ski-wheels, biathlon, Nordic skiing…

- Alpine skiing - Nordic Skiing - Snowboarding - Freestyle skiing and snowboarding…
The CNEA is located in the heart of the Cerdanya mountains, an exceptional site renowned for the practice of winter sports.

The Font-Romeu ski resort offers spaces for all disciplines, and in particular the “MARTIN FOURCADE” Roller-Ski track. The proximity of the ski slopes allows quick and easy access for athletes training at the center.

Many nearby ski resorts have come together to offer a ski pass for the whole region called the “Neiges Catalanes”.

The Pyrenean mountain and the “Cerdagne plateau” offer a huge playground for mountain biking training. From the CNEA, numerous mountain bike routes allow you to train on different elevations and degrees of difficulty. Forest, rocks, plains, long or short slopes, straight or winding slopes, ... Here you will find all the conditions to prepare your big sporting events.
At the heart of the Catalan Pyrenees Natural Park is 690 km of trails to explore by Mountain bike site certified by the French cycling federation
7 green courses (very easy)
13 blue courses (easy)
17 red courses (difficult)
3 black courses (very difficult)
Enduro circuits Tour of Catalan Pyrenees 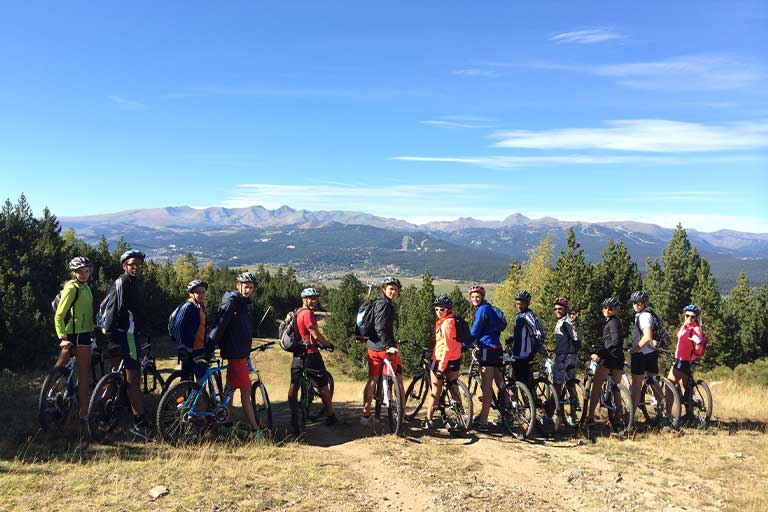 Dozens of routes with varying elevations and altitudes are available to the many trail runners and triathletes who frequently come to the Catalan Pyrenees. Amongst the athletes that come often to the CNEA is the French triathlon team led by Vincent Luis, winner of the 2019 World Cup, the 5 times Ironman Winner in Nice and Hawaii in 2013, the Belgian Frederik Van Lierde and his friend Bart Aernouts, 2nd at the Ironman of Hawaii in 2018.
“Lac de Matemale,” “Les Angles”, “Font-Romeu”, “La Calme Refuge”, the route along the “Têt river””, the “Livia” trail… each one of these trails create a variety of tracks to train at according to your objective and training. With a little luck you will also see some of the animals that are omnipresent throughout the region!
There are multiple area where you can find the best, most scenic trails. Topographic maps can be downloaded onto your phone or your GPS watch in order to find your route. "Trace de Trail" is a platform mainly dedicated to Trail and running.
« Trace de Trail » is a platform mainly dedicated to Trail and running.
« Open Runner » " is a platform which offers the possibility of using routes and creating your own tracks for hiking, horse riding, snowshoeing, mountain biking, wheel skiing, Nordic skiing, trail running, etc. nearby. 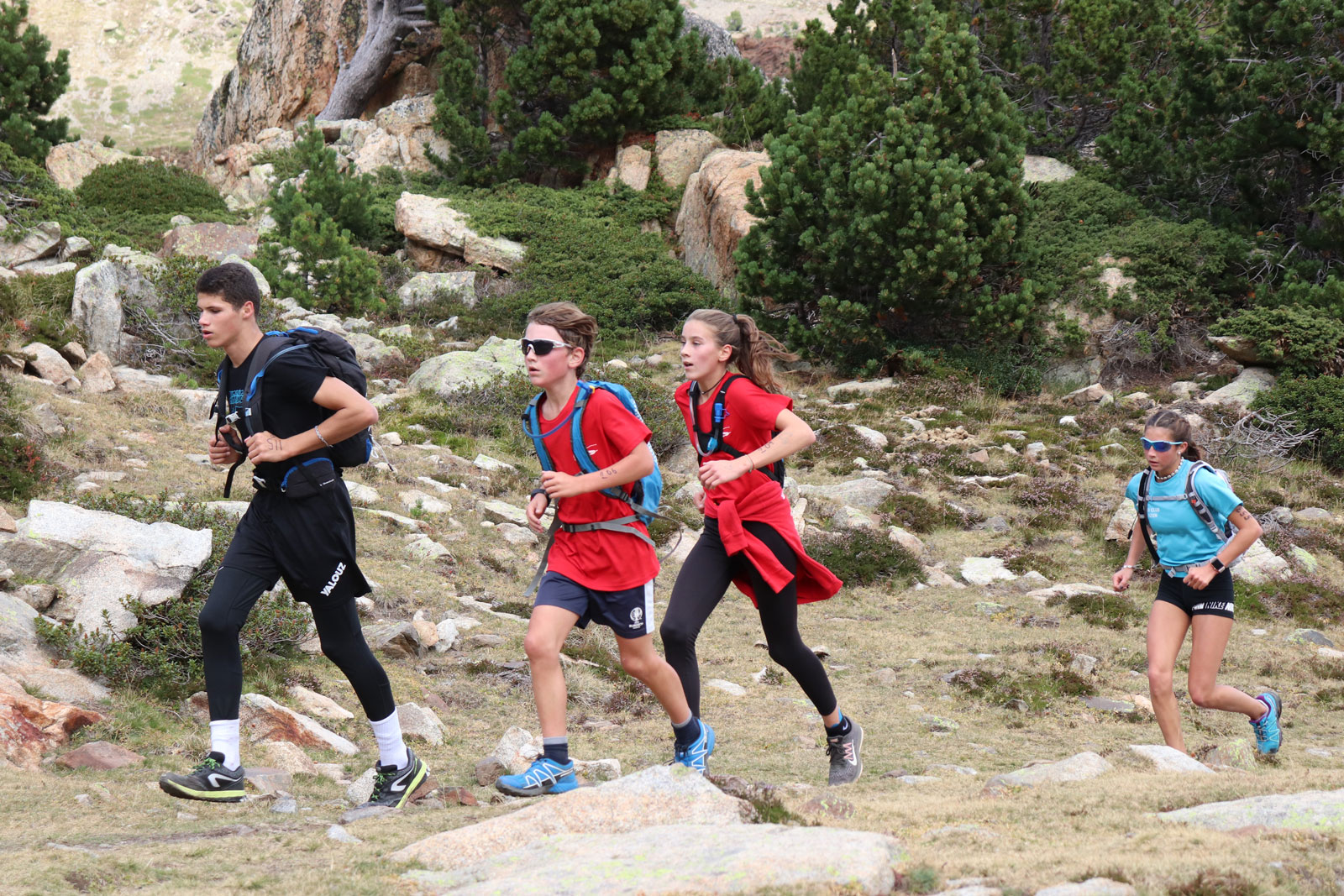